Everything about egg donation

An egg donation is a process in which a fertile woman donates an egg to another woman, thus helping her conceive. This process is part of assisted reproductive technology. The procedure involves the doctor separating an egg or eggs from a donor, fertilizing them in the laboratory with sperm (usually the sperm of the requesting spouse), and then transferring the embryo or embryos to the recipient’s uterus. Doctors do this using a method of implantation and embryo transfer such as IVF. Occasionally, some or all of the embryos may be frozen for later use or implantation. In this article, the criteria for selecting a donor, the method of donation, and the legal cases after donating an egg are examined.

What is an egg donation?

Egg donation is often appropriate for women who are unable to use their own eggs for a variety of reasons, including ovarian failure, birth defects, or fetal malformations. Specialists in infertility centers follow the careful selection process to find the right donor and follow the legal steps carefully. In the treatment centers, we try to have the most similarity in appearance and culture between the donor and the recipient of the egg.

Most donors must take drugs that stop the normal menstrual cycle before the donation process begins. The donor will then use a series of fertility drugs to stimulate the ovaries and produce several eggs at the same time. This condition is called ovarian hyperstimulation. Some women may experience mild side effects during ovarian stimulation, such as bruising at the injection site, mood swings, and chest pain.  In rare cases, there is a risk of severe ovarian hyperstimulation syndrome (OHSS). This complication occurs if the ovaries produce too many eggs. Women with OHSS should be hospitalized and monitored by a physician.

What criteria should egg donors meet?

Various factors can affect a woman’s ability to donate an egg. Considering these factors can increase the likelihood of successful pregnancy and reduce the risk of congenital malformations in the fetus. Donors are usually in the age range of 21 to 35 years. Women in this age group respond better to fertility drugs and their eggs are of higher quality and quantity. Donors must be free of infections such as HIV / AIDS and hepatitis C and genetic diseases such as the cystic fibrosis gene. Women at high risk for AIDS or other infections are not eligible for donation. An egg donation is also not allowed for a person who is unable to provide an accurate medical history from their family.

Careful and rigorous screening of egg donors at reputable infertility treatment centers has minimized the risk of congenital malformations and other complications. Egg donation may become an emotional experience for the donor and recipient. Therefore, in addition to physical screening and testing, accurate psychological screening of all individuals involved in one of the validated egg donation programs.  Assessing the donor’s mental health is critical to ensuring the health of the children and ensures that the donor makes informed decisions before the donation process begins. 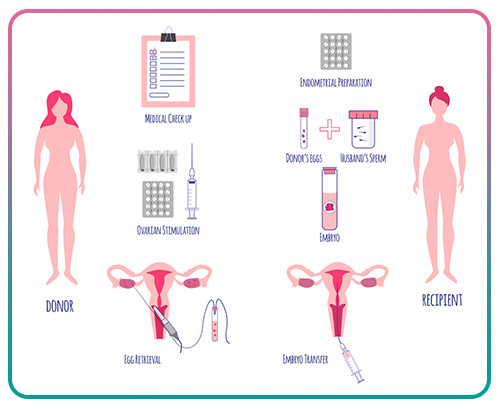 Shortly before removing the eggs, the donor makes the last injection of an ovarian stimulant drug to prepare for the egg pick-up process. The doctor removes the egg from the donor’s ovaries by performing ovarian aspiration through the vagina. To do this, an ultrasound probe is inserted into the vagina, and using a needle, the egg is removed from each follicle. The procedure lasts 30 minutes and during the operation, a donor is given a painkiller, sedative, or anesthetic. In this method, the donor is not admitted to the clinic or hospital.

After an egg donation.

Some women need a few days of rest to recover from ovarian aspiration surgery. Others resume their normal activities immediately after surgery. In some cases, primary care is provided to donors, but donors generally do not require special postoperative care. The egg donation process may have a psychological effect, so talking to a counselor or post-operative psychotherapist may be helpful for some women.

The Risks and side effects of egg donation.

The process of treating infertility with a donated egg is similar to the IVF process, except that another person’s egg is used for fertilization. The risks of the egg donation method are relatively low and it is known as one of the least risky methods of infertility treatment. The methods and drugs used for egg donors are the same as the methods and drugs used in the IVF process, in which the mother’s own egg is used and the risk is the same in both methods. (learn more about IVF treatment: IVF in Iran)

The use of anesthetics in the egg pick-up process is associated with little risk. Some women may bleed when a needle is inserted into the ovary. In rare cases, there is a possibility of damage to the intestines, bladder, or blood vessels. However, serious injury or severe bleeding is unlikely. The donor may become infected after the egg is removed, so your doctor may prescribe antibiotics to prevent this. (Learn more about the risks of IVF)

When should you see a doctor as an egg donor?

Egg donation generally has no side effects for the donor, and the donor returns to a normal life after the egg extraction operation. In some cases, however, medications prescribed by your doctor to promote ovulation in a donor can cause OHSS Ovulation Syndrome, which can be mild, moderate, or severe. (learn more about Iranian fertility specialists and doctors: Best Fertility Doctors in Iran) See your doctor if any of these occur. In severe cases with the following symptoms, you should be hospitalized:

The final word about the donated egg 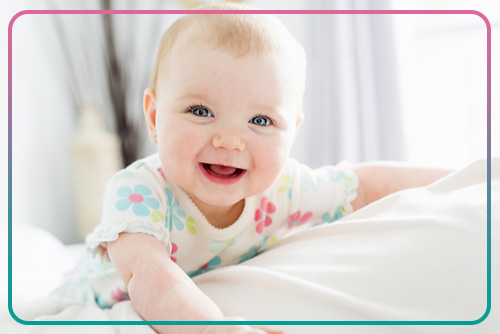 Since the donated egg method uses accurate and complete screenings, the success rate of the egg donation method is high. In this method, the eggs of donors that have been carefully screened; It is picked up by a doctor and fertilized with sperm (usually the sperm of the recipient’s egg) in the laboratory. The embryo or embryos formed are transferred to the recipient’s uterus for further development. Egg donation and implantation may be accompanied by physical and psychological side effects, but it is a completely safe and tolerable procedure. (learn more about The success rate of Egg Donation)

The donated egg (oocyte) method is a legal and well-known method in Iran. This method is performed in reputable infertility treatment centers in Iran with high accuracy and quality. Oocyte donors are selected from young women and screening is performed rigorously on their physical and mental health to minimize the risk of birth defects and other complications in the fetus. Since the success rate of treatment with fresh oocytes is higher than the frozen oocytes, in IVF centers in Iran, fresh oocytes are used to donate to infertile couples. Therefore, the success rate of IVF with egg donation in Iran is high.

In the infertility treatment centers in Iran, in addition to the health of the donated egg, the adaptation between physical, cultural, social, etc. characteristics between the egg donor and the egg recipient is very important. Therefore, there is a lot of obsession and care in choosing the donor to select the person with the most compliance with the characteristics of the egg recipient. (It should be noted that according to the law, medical centers in Iran are not allowed to disclose information about egg donors to others).

Cost of IVF with Donor Egg in Iran

IVF with donor eggs in Iran is performed in reputable and high-quality treatment centers. Therefore, many applicants from different parts of the world use this treatment; they travel to Iran. The cost of  Egg donation in Iran is $ 3,500 – $4500, which includes fresh eggs, in vitro fertilization, embryo transfer to the mother’s uterus, and routine medications and tests. 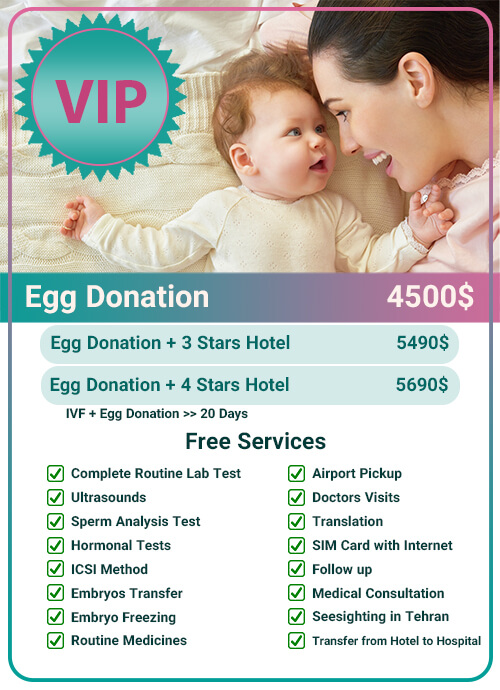 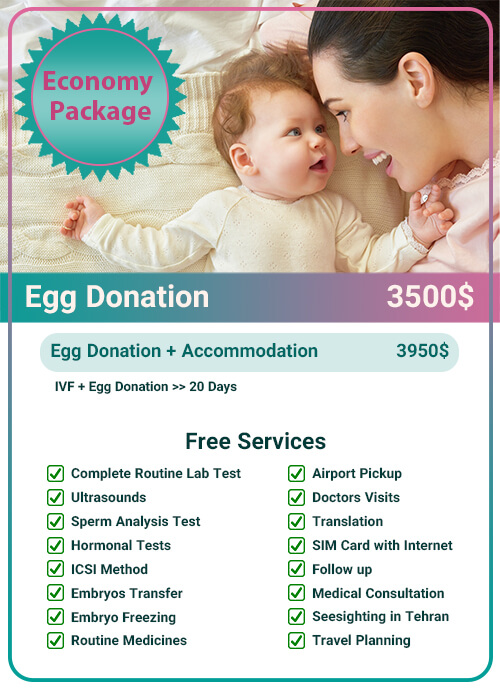 For more information about donated eggs in Iran, you can contact our IVF consultants.

We are by your side to embrace your beloved child. 💗 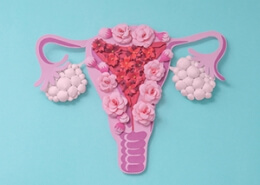 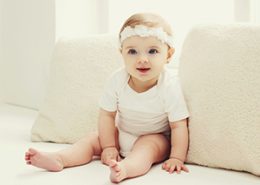 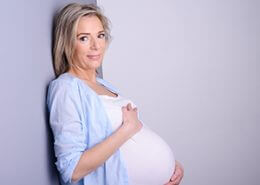 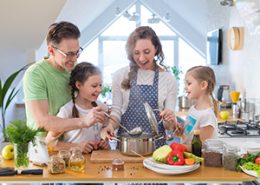 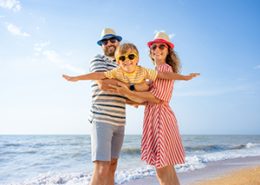 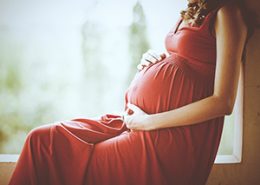 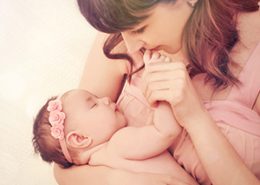